The West Midlands Committee's role is to offer support to all ACB members in the Region - which includes the counties of Hereford & Worcester, Shropshire, Staffordshire, Warwickshire and the Birmingham area.

We work to improve all aspects of clinical science in local laboratories and join with our colleagues at national level to take forward clinical biochemistry, immunology & microbiology as a vital part of the modern health service. On top of all that we also aim to have some fun.

Below you will find News, Links, and Contacts. Other sections of this website contain important and developing regional resources.

The Fund makes several awards each year. We wish to encourage a wide range of applications, in line with the objectives of the charity. The maximum amount of any individual award will be £5,000. There is no minimum. The Trustees meet three times each year to review applications for funding. Meetings are in March, July and November, and closing dates for applications are 28th February, 30th June and 31st October respectively.

About The Robert Gaddie Memorial Fund

For nearly 40 years, Robert Gaddie was an outstanding figure in British clinical biochemistry, pioneering the practice and teaching of the subject and helping to establish the status of the non-medical biochemist. From 1941 to 1972 he was head of the Department of Clinical Biochemistry at the General Hospital, Birmingham and Honorary Senior Clinical Lecturer in the University of Birmingham. He died in 1984 at the age of 77. With the help of a generous donation from his widow, Jean, the West Midlands Region of the Association of Clinical Biochemists established the Robert Gaddie Memorial Fund shortly after his death to perpetuate the memory of his lifetime's dedication to clinical biochemistry.

Objectives of the Charity

The Fund is dedicated to the advancement of scientific knowledge and education and to promote scientific excellence, with particular reference to clinical biochemistry in the West Midlands. To this end the Fund: Awards an annual prize for the best scientific poster, paper or presentation in the West Midlands Region. Provides funds to enable clinical biochemists to attend meetings to learn about and discuss advances in scientific medicine. Enables clinical biochemists to visit other laboratories in the UK or abroad to learn new techniques or to obtain first-hand knowledge from recognised experts. Purchases items of laboratory equipment or reagents for research purposes. Invites experts to speak at regional meetings.

Robert Gaddie was born in Scotland in 1907 and educated in Edinburgh. Graduating with first class honours in chemistry in 1929, he gained a PhD after two years in the Royal Infirmary for his study of fat metabolism in muscular exercise. He was then awarded a Beit Memorial Fellowship and undertook further research in the Medical School, but he kept in close touch with C P Stewart, University Lecturer in Biochemistry and Biochemist to the Royal Infirmary.

Stewart rose to become a major international figure in clinical biochemistry, and years later Gaddie noted that, although he had never heard of biochemistry before it 'appealed more than geology or some such subject' and confessed that 'no other branch of chemistry had any lasting appeal after that year'. Gaddie was appointed Senior Lecturer in Biochemistry at the University of Liverpool, then in 1941 was persuaded by an offer 'too good to refuse' to take charge of the Biochemistry Department at Birmingham General Hospital. At that time, this was one of the few autonomous hospital biochemistry departments in the country.

He served there with great distinction for 31 years. As well as a first class brain, Gaddie had a bearing and presence that could have taken him to almost any position of authority, but he preferred to remain as head of a hospital laboratory where his first priority was always to the Department. He was highly respected throughout the General Hospital and became the first non-medical chairman of the Medical Staff Committee. Gaddie was patient and slow to criticise, but when necessary a simple 'this wonâ€™t do' was universally regarded as a criticism that could not be ignored. He was always totally reasonable, absolutely straight and usually got his way by sound logic expressed in his crisp and commanding Edinburgh accent. In addition, he had a wonderful fund of stories to help establish friendly relationships with anyone from porters to professors when simple logical argument proved inadequate.

Service to the profession

Before about 1950 there were few clinical biochemists in the UK, mostly employed in pathology departments, and their status and salaries were poor. Bob Gaddie played a crucial role in improving this situation and establishing the practice and teaching of clinical biochemistry on a firm professional footing. He was a leading figure in the formation of the Midland Association of Clinical Biochemists (as it was then) in 1949, and of the national Association in 1953. For the rest of his career he served the Association almost continuously: as Council member, Treasurer, Chairman and President, and in 1972 was elected an Honorary Member. He was a superb chairman of Council, where debate was often vigorous, but he made sure that nobody dominated and just at the right moment he would summarise apparently opposing threads to create agreement. Gaddie worked on the Whitley Council to improve the pay and conditions of science graduates in the formative years of the NHS and was instrumental in setting up the postgraduate Mastership in Clinical Biochemistry.

From 1967, he was a member of the Zuckerman Committee set up to 'consider the future organisation and development of hospital scientific and technical services in NHS laboratories and the broad pattern of staffing required'. Throughout his career Gaddie staunchly supported the development of technical services, and for many years was an examiner for the HNC and HND qualifications. After he retired he served as Scientific Officer to the Birmingham Regional Hospital Board and as European Editor of the journal Clinica Chimical Acta. His influence on all who came into contact with him was profound, and the award of the OBE in 1969 was recognition of a lifetime service to the profession.

Robert was married to, Jean, a fellow gradate in chemistry from Edinburgh of 1929. After they were married she worked full time, first at ICI in Liverpool and later as Scientific Librarian at Bakelite in Birmingham. They had no children. Robert Gaddie died in 1984 at the age of 77. In her closing years, Jean Gaddie wished to perpetuate the memory of her husband's lifetime dedication to Clinical Biochemistry, giving a generous donation at the establishment of the Fund, and leaving a substantial bequest on her death in 1995.

How to Apply for Funding

Applications should be made using the application form below. These should be submitted to the Secretary of the Trustees: Dr Mike Petchey, Department of Biochemistry, Walsgrave Hospital, Coventry, CV2 2DX.
The following information should be supplied: Name, title, qualifications, department and position held (if more than one applicant, the award will be made to the first named). The amount of money being requested, with itemised details of expenditure where possible. A concise statement in no more than 500 words of how the money will be spent, including details of previous work if the award will be used to extend a research project. If the award will be used to part fund the project, the total cost should be given and the source of the additional funding. A signed statement from the head of the applicant's department that he/she approves the application and will provide the necessary facilities, leave of absence, etc. that may be required is also necessary. A brief written report will be required from successful applicants on completion of their project.

The  Robert Gaddie Prize is awarded for the best poster and presentation held annually at the West Midlands Region AGM and Scientific meeting. The application form is available below. The date of the meeting and deadline for abstract submission will be advertised by the ACB West Midlands Committee. 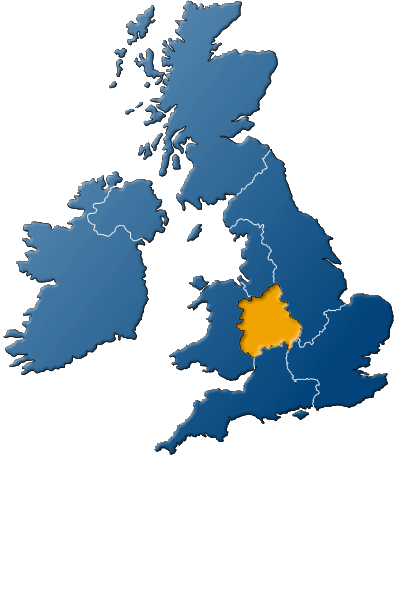